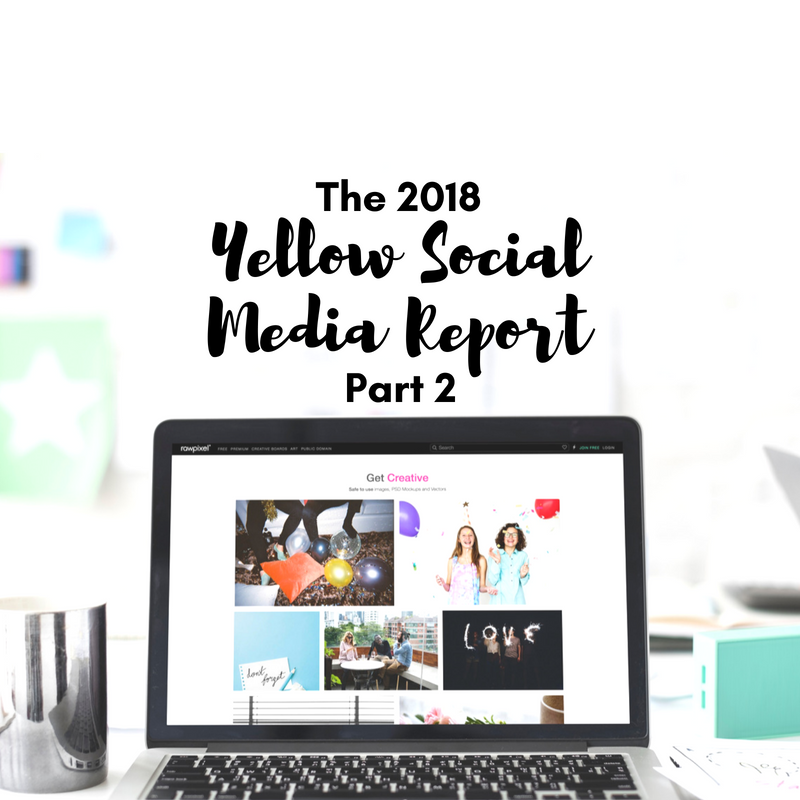 Part 2 – Getting Down to Business

I was going to call it report-ier in reference to Die Hard – but decided not to. Anywho, part two of the Yellow Social Media Report is out and I’ve got to say it’s really got 3 main takeaways. If you missed my wrap-up of Part 1 you can read it here.

I could drag it out and fill this blog post with all manner of stats and insights, but unless you’re a Social Media Advertiser you’re probably not going to be interested. So I’ll keep it on-topic 🙂

So what are we talking about then?

Well I didn’t say there wasn’t anything valuable in it! After reading the Yellow Social Media report and thinking on it for a couple of days, and re-reading it there really are only 3 pieces I think you need to know.

Quite simply, there’s more businesses than ever with a Social Media presence.

The Report states that for small business it’s 51%, medium is 58% and large is the highest with 85%.

On average 90% of these have Facebook, and they are optimistic about Social Media’s ability to effect their business with 6 in 10 believing it will increase their sales between 11%-16%  in the next year.

According the the Yellow Social Media Report, Australian businesses are spending more on ads, with 52% of respondents declaring they have used paid social and 9/10 reported they had run Facebook Ads.

1 in 3 small businesses are using Social Media advertising, and with medium and large businesses this increases to 1 in 2.

The findings of the Yellow Social Media Report point to the fact that we don’t really know how to measure our ROI – or return on investment. Which is pretty bad tbh…

Only 21% of small business, 32% of medium and 35% of large businesses measure their ROI!

That’s an average across the business segments of 29%, so only around a third of businesses are actually calculating if the money (and time) they put into their Social Media is making a return.

And the ones who do measure their Social Media efforts are looking at likes, followers and subscriber numbers to indicate success – not sales.

It’s also outlined in the report that half of businesses Social Media budgets go to paid ads, 1/3rd to content and the rest to management of the platforms – which are overwhelmingly managed in house.

I did say there were only 3 main takeaways, which I’ve covered – but there’s a couple of minor ones.

One is that interestingly businesses are posting less often than previously recorded (probably due to algorithmic changes making their posts seem less effective) and that businesses are stating that most of the traffic to their Social Media platforms come from the company website.

Which means you need to check your site’s Social Media icons are working, and your Facebook pixel is up and running to track your website users’ journey.

I hope this has been useful and has saved you reading the 30 pages of the Yellow Social Media Report for yourself.

There’s a lot more stats to pour through if you’re inclined, you can read the Part 2 in full here.