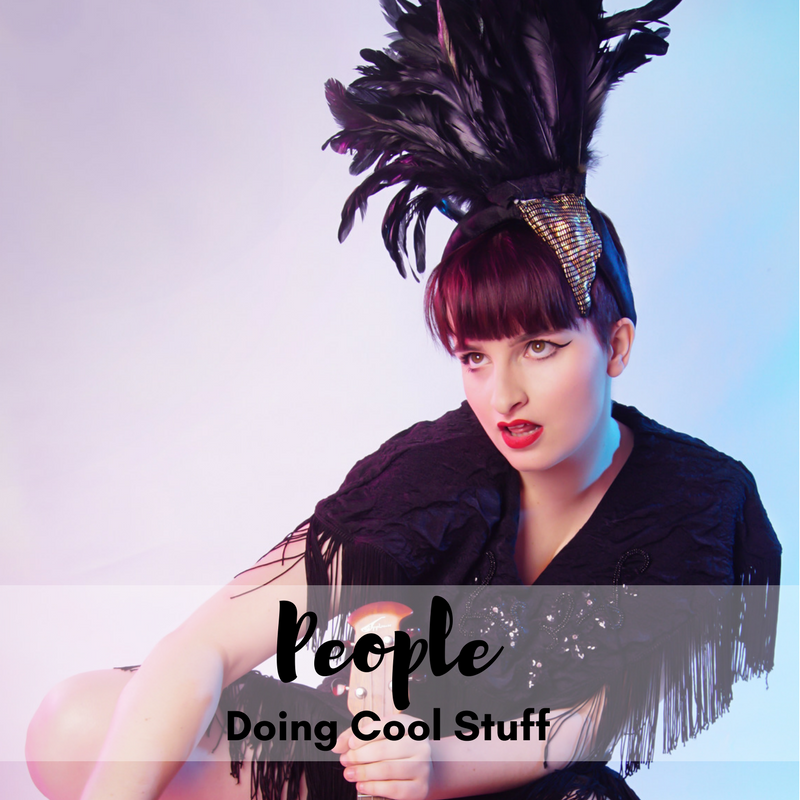 I’m lucky enough to meet a lot of people from all over the world who are doing cool stuff!

When I asked Jamie what she was about she said: “I’m a 21 year old musical comedian who is about to head off on a national tour which is pretty cool. I’m doing a solo show in Perth that talks about feminism, mental health, and being ambitious.” and I thought – that’s cool, let’s put you in my blog series!

So without further ado, here’s the hilarious Jamie Mykaela. 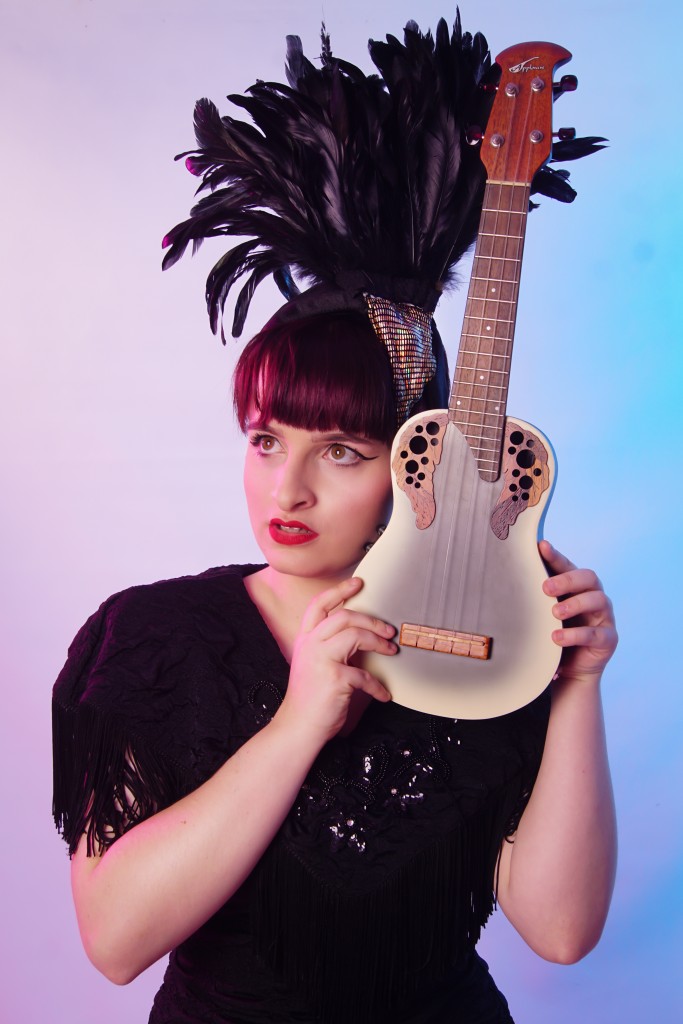 When not wreaking twee havoc in venues from Sydney to Edinburgh, she’s opened for cabaret glitterati such as Amanda Palmer, Aurelio Voltaire and Tomás Ford. She has toured as part of Fringe Festival shows including Craptacular, [Late Night] Gameshow and Andrew Silverwood is a Self-Absorbed Tw*t. Her debut solo show Too Dumb To Be In Love was a smash hit at FRINGE WORLD 2016 and she is currently building her new show Napoleon Complex.

So Who is Jamie Mykaela?

My name is Jamie Mykaela. I’m a cabaret artist from Perth. I basically do clowning for adults. I play ukulele, dress up in silly costumes, tell dirty jokes, and dance around while I’m covered in glitter.

What’s your background? Tell us about your journey, how did you get to this point?

I come from a background of being an old-school theatre kid. I was in a bunch of musicals growing up. I originally wanted to be a folk artist (HA!) but I was just a bit too camp and trashy to be ‘cool’

I’ve studied a bunch of stuff from fashion to electronic music to makeup to filmmaking and theatre, but I’ve luckily found something that combines all of my loves!

Normally I ask people about their product or service, in this case – well…

I am the product. Terrorising audience members is the service.

It’s about striving for mediocrity and not quite getting there.

You can tell a LOT about someone by their taste in music. What type of music or song have you got on high rotation?

I’m loving a band called The Long Blondes at the moment. They were super big in the indie scene in the UK in the early 2000s but sadly I missed the boat due to being in Australia and starting primary school.

Their song Guilt is such a disco banger!

And you can’t go wrong with Gloria by Laura Branigan. Such a perfect uplifting 80s tunes that makes me feel like I’m in my own film montage!

How do you stay motivated?

Anxiety. The fear feeds me.

When you’re on the festival circuit it can get pretty dire and spirits can be low but I’m very lucky to have a group of such talent and motivated people around me who actively inspire me everyday to keep pursuing this weird thing that I’m now getting to call a career! I’m lucky enough to call some of my favourite performers my friends. People like Laurie Black (Cybergoth cabaret enchantress from the dirty depths of Camden), Tomas Ford (King of Fringe World and purveyor of guilty pleasure music), and Clara Cupcakes (Hula hooping, ukulele toting, vaudeville darling) are three people who have definitely had a high impact on my work.

Please go see them, they are very good!

This is a big one, how do you deal with impostor syndrome?

I do precisely what I do in my show! This show is fuelled by my imposter syndrome. I suffer from it really badly and it’s so hard to manage – so why not write a hour long show about it and make people laugh while you delve deep into your own anxieties?!

It’s so weird when you’re quite young and sitting at a table in Edinburgh with cabaret royalty and they are talking to you as if you belong there, but then you go on to play at a variety show where nobody likes you. It can be really jolting.

But then I have to remember that I am a 21 year old from Perth who is playing at an amazing venue in an amazing show on the other side of the world in the biggest arts festival in the world, and I got here because of my own merits and talents.

What’s your favorite way to relax?

Grabbing my favourite ukulele, going through some jazz playlists on Spotify, and teaching myself some smooth tunes. My favourite to play is Dream A Little Dream Of Me. It’s hard to feel stressed when you’re playing such chilled out tunes.

Either that or throwing a bath bomb in the bath and binge watching The Nanny with a deluxe box of Ferrero Rochers!

If you weren’t a cabaret performer extraordinaire, what do you think you’d be doing right now?

I’d probably still trying to hack it as a folk musician, playing in bars where no one wants to listen to me, and just playing in the background. Which doesn’t suit me at all! No one appreciates background glitter.

What’s been your most successful Digital Marketing/Social Media campaign and what did it achieve?

My kickstarter fundraiser for funding my tour to Edinburgh. I got to make a funny little video and share it around. It was definitely a success and got me some attention from across the world!

Did you hit any huge problems that made you re-think the whole thing? How did you get around it?

When I was featured on X- Factor! I was 14 and very scared, and put in an uncomfortable position (I wasn’t one of the good ones!). I never thought I was going to do music again. I got home from performing in front of 5000 people and completely embarrassing myself, picked up a ukulele, taught myself, and started writing my own music.

Sure, I’m not performing at the Sydney Entertainment Centre but now I’m performing content that I’ve created myself, that my heart and soul has gone into, and that is what matters for me. I’m actually talking about this experience public for the first time in my show. Scary Spice’s accent is really difficult to pull off!

What is the hardest thing about your work?

The burden of fame and being the coolest person in the room (Sigh! The struggle…)

How do you manage it all with your busy schedule?

Barely! I’m so disorganised and should really sort it out! I’m hoping I can stick to having a diary but I wouldn’t put it past me to book a haircut at the same time as my show. Not. Good.

What’s next for you Jamie?

It’s called Jamie Mykaela’s Napoleon Complex! On from the 11th to the 16th of February in the cool confines of The Moon Cafe in Northbridge!

Tickets are available at fringeworld.com.au with a special codeword for readers. Just pop in PAYME at the checkout!

So there you have it guys, make sure you grab your readers discount if you’re heading along to Perth Fringe and you want to see Jamie in the flesh!

I’ve got some more awesome folks in the pipeline – and if you are Doing Cool Stuff I’d LOVE to hear from you too!