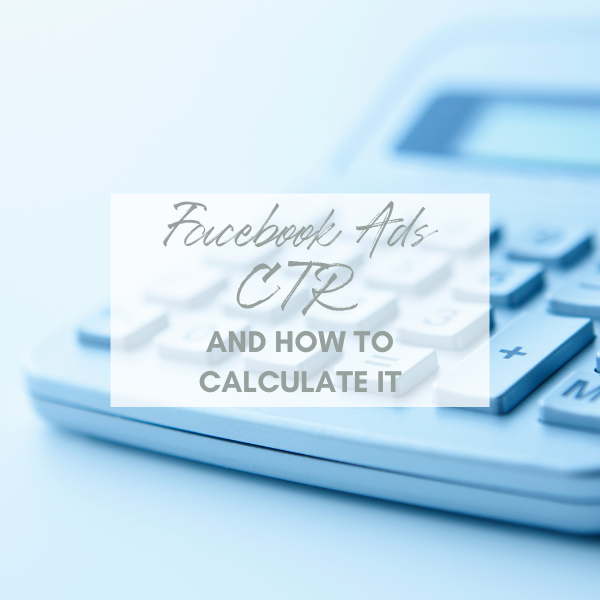 Facebook Ads Click-Through Rate (CTR): How to Do the Math

Imagine you’re running a bake sale. You baked every treat with love, decorated your table to the nines and told everyone you know about it. Plenty of passers-by look at your setup, but they don’t stop to buy anything. Now, you have a lot of cookies left over and no money to show for it.

Facebook Ad engagement works in a similar way. You can make all sorts of noise about your product or service by investing in your Facebook ad impressions. But, if nobody clicks on your ads, was that spending worth it?

In most cases, no.

Unless you’re aiming to raise awareness, a lack of clicks means a lack of conversions.

So, how do you figure out how many users take action on your ads and how many scroll by?

By understanding what CTR measures and how to calculate it, you can diagnose which of your ads get results — and which ones need more work.

Click-through rate represents the ratio of people who clicked on your Facebook ad (link clinks) to those who viewed it (impressions).

You can figure out your Facebook Ads CTR by dividing an ad’s number of link clicks by its number of impressions. Use this click-through rate formula:

After doing the math, you’ll get a decimal number. Multiply that number by 100 to convert it to a percentage. For example, if you calculate 0.12 as your result, you have a 12% CTR.

Keep in mind that Facebook Ads Manager will calculate the CTR of an ad for you. This formula helps you conceptualize CTR and can help if you only have access to the link clicks and impressions data.

What Do Link Clicks and Impressions Really Mean on Facebook?

If you dig around Facebook Ads Manager, you’ll see a wide range of terms used to measure your ad performance, including the two key factors behind CTR — link clicks and impressions. With so many other terms, like engagements and all clicks, used in Facebook Ads, what do those two concepts mean according to Facebook’s logic?

Link clicks refer to the number of clicks on the link that you want your audience to visit, including destinations on and off Facebook. In other words, if your ad’s CTA is to message your page, you’ll get a link click when someone clicks on the button to do so. The nature of your destination or clicks on other parts of your ad will not skew your link clicks statistics, making it ideal for calculating CTR.

Impressions count as the first time an instance of an ad appears on someone’s screen. As the Facebook Help Center explains it, you’ll get one impression if someone scrolls past your ad and scrolls back up and two impressions if the ad appears two separate times in the same day.