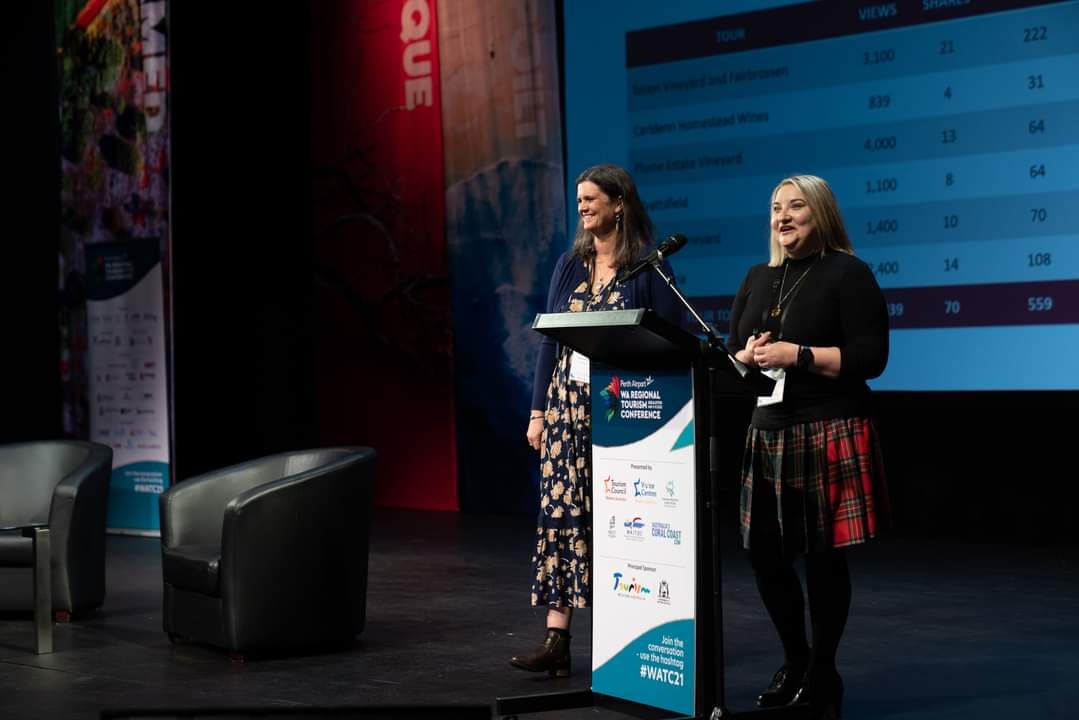 This time last week Adam Barrell, Monique Boucher and I were in Geraldton for the Tourism Council WA Regional Conference 2021, where we hosted breakout sessions.

What did we talk about?

Monique and I shared our experience with the Isolation Libation Tours (affectionately known as the ISO Tours) from a year ago (almost to the day!) and the impact they made on her business, those of the producers she featured, and that of her guests. More on that later.

In case you haven’t seen any of the tours, or you’ve forgotten who we visited – there’s some friendly faces in these slideshows:

The Wine Tour kicked it off with 7 venues! Nuts.

Next week we visited the distillers – 6 to be exact.

Then it was brewery mayhem – 4 breweries with 2 beer loving guests.

And lastly cideries (it IS a word) 5 of them spreading from the Perth Hills to the Swan Valley.

I couldn’t plan my words, because I knew if I had a script and I got lost I’d be in more trouble than if I just got up and spoke from the heart about a campaign I knew inside out. Slight panic attack when I realised our breakout was to be held on the main stage – eek!

I most wanted to get across that while much marketing activity is well-planned, well-budgeted and painstakingly produced; no-one planned for the shutdown and reactive campaigns on a shoestring can be just as powerful.

At a conference where you’ve presented on the same stage as the head of Tourism Australia, Tourism WA, and the Minister for Tourism, you know that there’s a lot of talent in the room – but a lot of the attendees are small businesses or solo operators, and they needed to hear about what we did because they could literally pick up a gimbal and go out and replicate it tomorrow. With no budget.

And I hope they do!

If you’re interested here’s a PDF of the slides.

It was so great to be able to include some short videos of the producers and one of our ISO tour guest and current Beer Chats With Brewers co-host, Daniel Rootman to show our audience so they could see that the campaign wasn’t just a hit for Monique’s business, but actually created sales and interest in the breweries, cideries (a WORD), distilleries and wineries.

In Adam’s session he championed the data capacity and time-saving automation Chatbots offer with practical examples that could be adopted by the tourism industry. RIP his inbox.

Bet he’s scheming up a way to automate his emails now as I know he’s had a tonne of enquiries for building custom chatbots since the conference.

We drove up in a Tesla, making the road trip a lot of fun! We stopped to charge the car in Cervantes and had lunch at The Lobster Shack (a must-do) but unfortunately the charging station there was a bit slow.

So that we didn’t run the gauntlet making it to Geraldton on less charge than we’d anticipated, we stopped again in Jurien Bay where we caused quite a scene at the petrol station.

Sufficed to say, they remembered us on the way back home. Ask me about the story and I’ll tell you but for now I think I’ll leave it at that.

I drove The Tez home, and at one point nearly made Adam sick. I’ll leave that there too, lol.

We stayed at The Gerald, which we can recommend. Not just because it’s modern and tidy, but it has 2 bars, and they have over 80 gins. A dent was made. 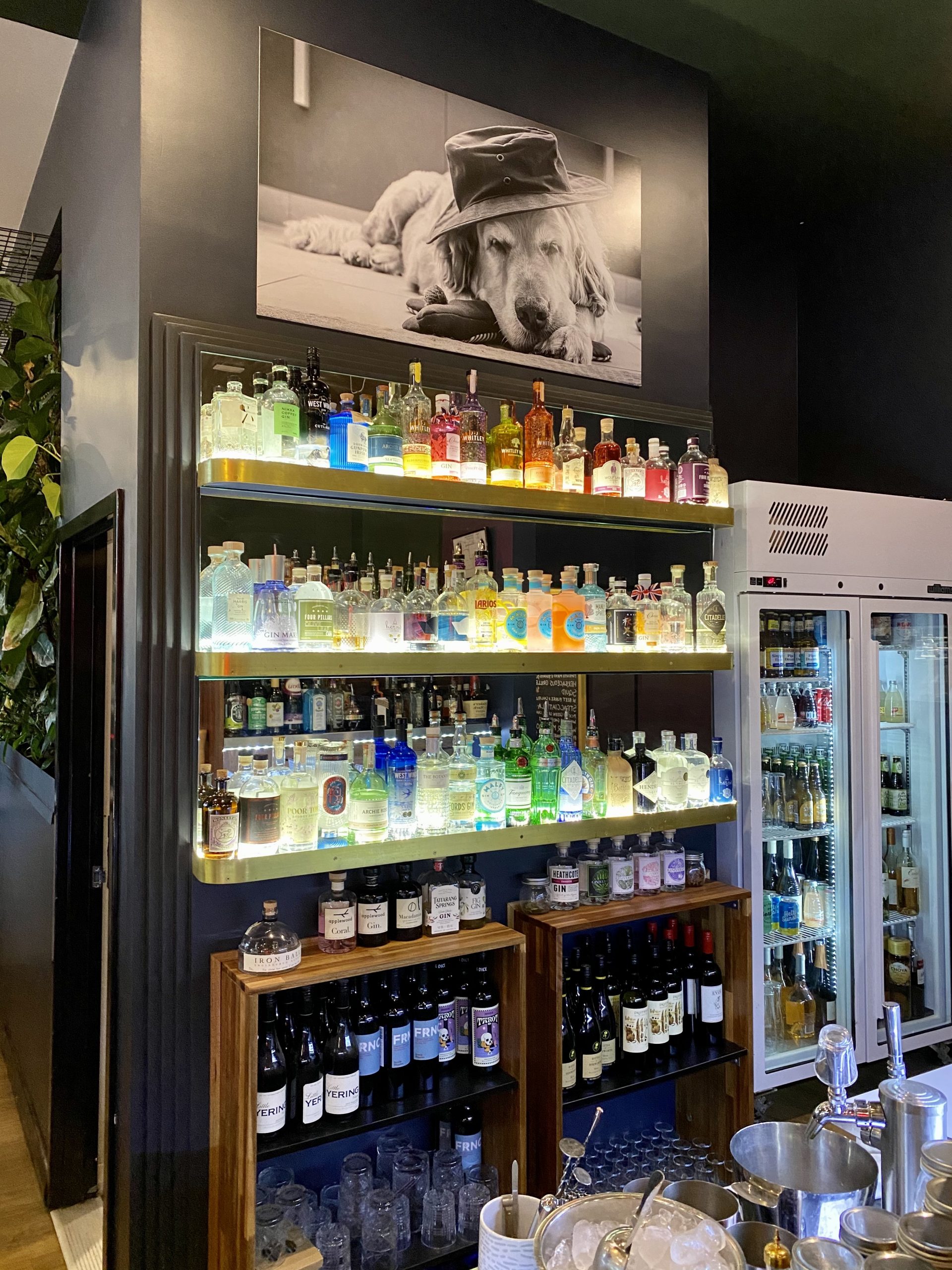 They also let you eat and drink anything in the minibar for free. How cool is that?

The conference was well run and both the attendees and the wider Geraldton community were incredibly welcoming of us Perth & Peel mask wearers.

I really enjoyed hearing about Tourism WA’s #WanderOutYonder campaign and the “Holiday Here This Year” activity run by Tourism Australia. Our formal dinner was to be held outside but the weather had other pans and we ended up in a hanger.

This probably undersells how awesome the hanger looked, and the food was of a high standard. Funny to hear the Gero locals groan “oh, crayfish” as they eat it so often it’s completely lost its delicacy status there. Someone even told me “we prefer marron” to which I had to giggle.

There was an award ceremony, and I’d like to say a big congrats to all the award winners!

While we’re on the thanks and congrats train – let’s extend that to the organisers who made this conference happen in what would have been pretty stressful times. I hadn’t even packed til the day before as I was sure we’d be going into a regional lockdown. They must have had a tough time working and re-working contingencies.

And to those who came up to us afterwards to share feedback on our presentation, massive thanks! 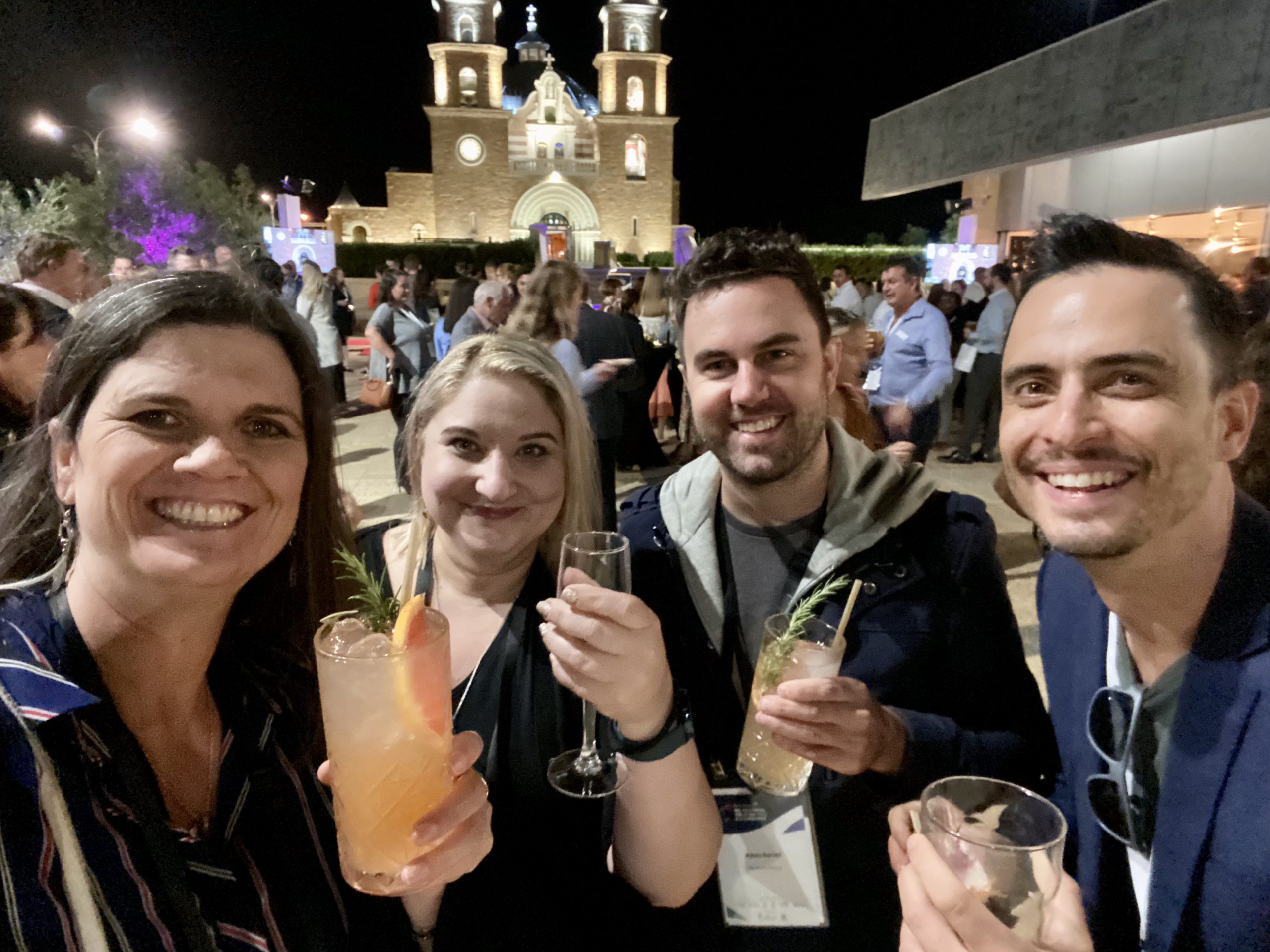 We met some awesome people, and it sure is nice to be able to attend large events again.