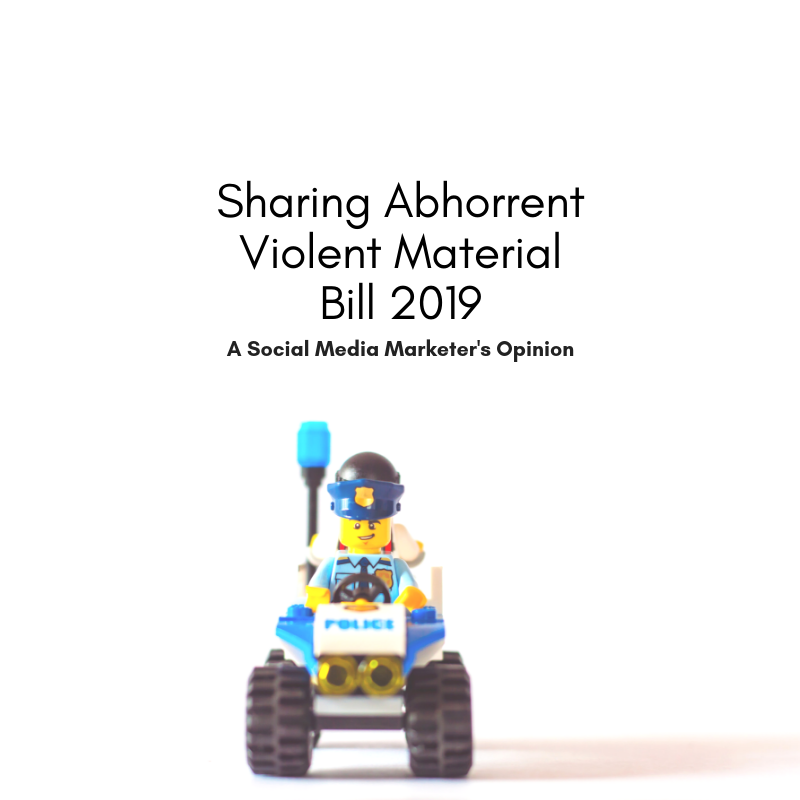 I’m a Social Media Marketer, and I have some thoughts about our new laws

I normally post about tips and advice for small businesses running their own Social Media channels, but this post is a bit different.

If you’re not interested in the new laws rushed through parliament last week regarding the removal of “Abhorrent Violent Material” then tune out now.

In my opinion the new laws regarding “Abhorrent Violent Material” were too rushed, too broad and show a lack of understanding of the channels they set to police.

They demand that the offending material is removed quickly or fines and jail time are imposed on the host companies and their management.

There wasn’t consultation with the community who would be A) tasked with the removal of this content to gather information on how it’s done from a logistical standpoint, or B) the heads of the platforms used to distribute said content.

Not to mention that “quickly” is an incredibly vague and problematic value.

The NZ terror attack was removed from Facebook in a time frame I’d say was ‘quickly’. By their own statement:

For a platform that deals with content at an unfathomable scale I think that’s pretty quick.

Could it be improved? Probably. Can a law make them do it faster? Probably not.

I heard Atlassian’s Co-CEO Scott Farquhar’s statement and I pretty much agree with his sentiments;  The bill was rushed through, it’ll have an effect on more than social media sites (including in areas of privacy and free speech) and that although it’s a good idea to look at how to remove or stop altogether the posting of this type of content online it’s not dealing with the heart of the problem.

If I’m being political:

When mainstream media and our politicians do nothing to stem the flow of hate and misinformation available to the public it’s quite hypocritical that they want to lay blame at the broadcast of the atrocity but have said little about how they intend to address stopping actual atrocities.

In fact, I haven’t seen the footage on Facebook anywhere. The only places I’ve seen clips of the shooting (not that I’ve looked, admittedly) is on mainstream TV news – sure, only the bit where guns are being loaded into the boot of a car, but that’s more than I’ve seen anywhere on any social media channel (not just Facebook) and I’m online a LOT.

If the government actually wanted to help clean up social media and the internet at large they would hold discussions with the platforms, digital professionals and the community to seek greater understanding of how they operate and address concerns in a meaningful and practical way, not slam a law through so they can look like they’ve done something productive.

Do you have any thoughts on the matter? Let me know.