Where we get by with a lil’ help from our friends

The world wide web can be a scary place and a lot of people don’t trust it. And that’s their prerogative – but it can also be a wonderful place where like minded people can find each other, connect and explore whatever it is they are into.

When, a few weeks ago my husband’s and my house was broken into and his car got stolen we were shocked and devastated. You see – my husband’s car is very precious to him and he loves that thing almost as much as he love me (at least that’s what he tells me). It’s a special brand of ‘hot-hatch’ that was in a very distinctive colour with custom number plates. Not a subtle car to steal I can assure you.

You’re probably wondering what this has to do with the internet?

Well – he found fellow car enthusiasts via the interweb.

Not only was his favourite pastime on the weekend to obsessively clean the bloody thing – he also met up with fellow car enthusiasts to park up, admire, discuss and fang around a racetrack in their vehicles. He found these like minded people via an online car forum, an online car club, and several Facebook pages where they share tips, tricks, photos and schedule meetings and events.

So when his vehicle was stolen he immediately put out the SOS on multiple social media car groups – both local and statewide.

His post was shared hundreds of times and gained momentum within a few short hours, being viewed by car lovers statewide as well as all throughout our city. With their help we managed to track the vehicle, and find where it had been stashed/dumped approx 48 hours later – with minimal damage.

As you can imagine we both breathed an audible sigh of relief. 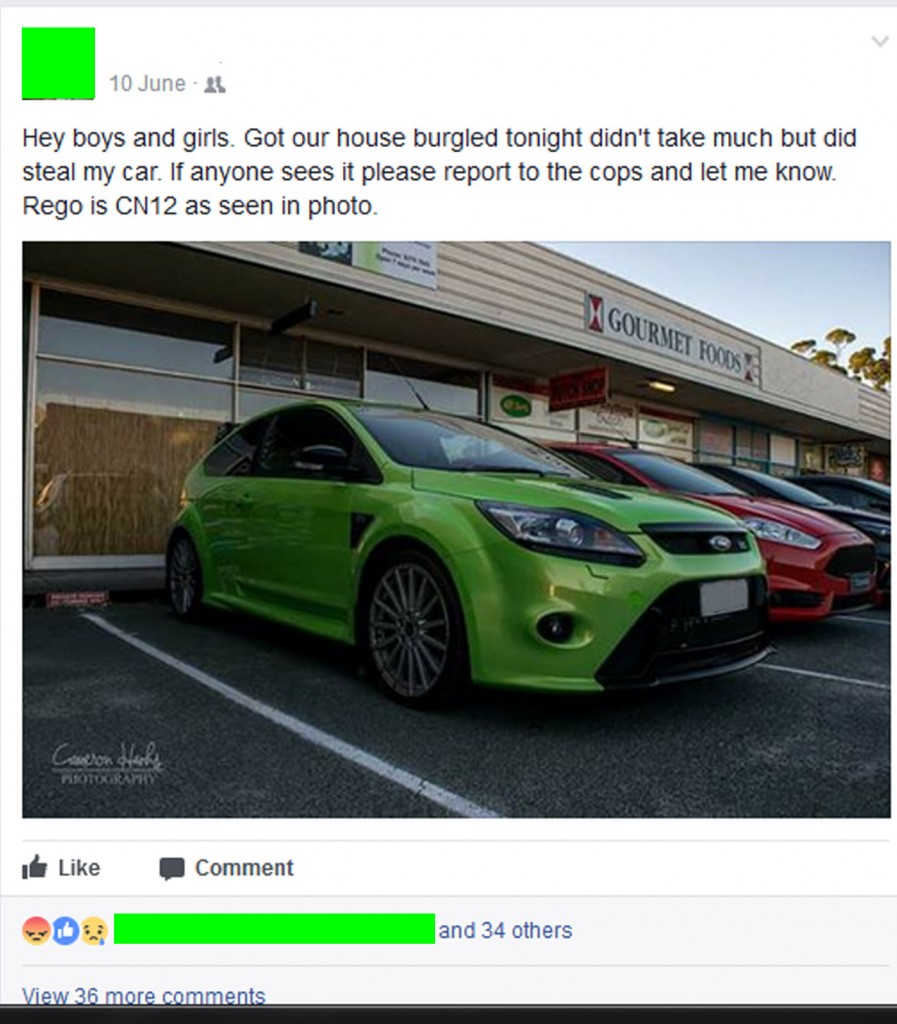 We had several reports of the missing vehicle throughout that 48 hour period through friends, and friends of friends, on social media – and when it was eventually found a kind soul even remained with the vehicle whilst we made our way there to ensure it would be safe and not unattended. 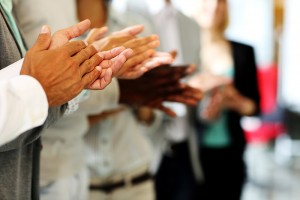 Honestly I was amazed, and pleasantly surprised that all of hubby’s car club buddies banded together in his hour of distress. I hadn’t given them enough credit, thinking that all they do when they get together is talk odious car stats that any ‘normal’ person would find tedious (Queue eyeroll from long suffering partners)

Had it not been for my husband’s friends he made via social media, and connecting with people he has a hobby in common with, we would have most likely not found his vehicle in such a timely manner.

The quick nature of social media, the ease with which someone can tag and share posts to bring said content to the attention of others I very much attribute to the speedy recovery of the car. I am also impressed with how much support we received online via our posts and people’s genuine concern and shared devastation. We greatly appreciated the support.

I have been left feeling buoyed in aftermath of the event.

The police were honestly less that helpful, but I feel we came through the situation relatively unscathed. Apart from having to replace our entire front door and ‘reclaim our home’ after knowing strangers had been in it – we have come through the incident well.

The car is now being repaired by the insurance company and hubby is eagerly awaiting the return of ‘my precious’. He is receiving continued support from his fellow car club friends and can’t wait for the day he gets his car back – so that he can go to a ‘cars and coffee’.